Your next opportunity to see me on stage will be my first principle role as Tessa in the Gondoliers. April1,2,3,9,10 2016. This is a witty and hilarious show which you don’t want to miss! Tickets are $49 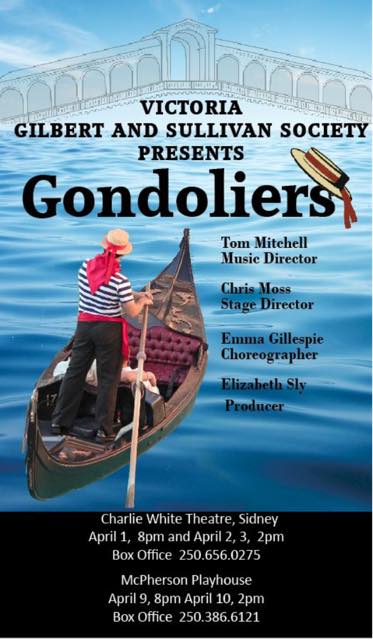 We moved toward the darkness and embraced our inner ghouls. This was a real education in choreo and dance for me. I had never done large chorus line numbers with full dance choreo before. Fantastic fun! I had a minor solo role as one of the Ghosts with lines and solo singing bits. Another highlight was doing this show with my middle son Quinten. 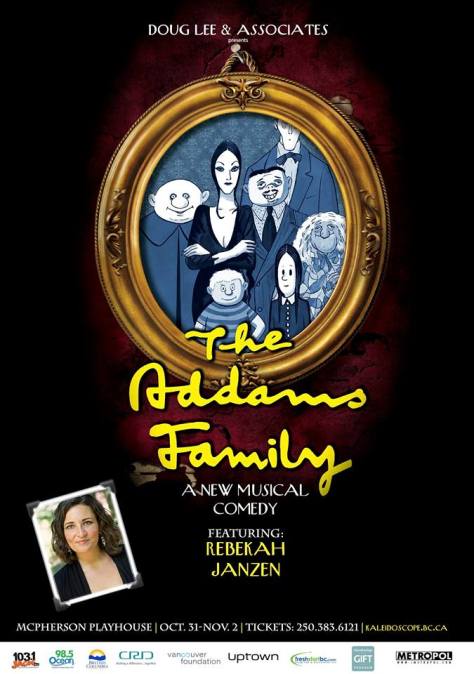 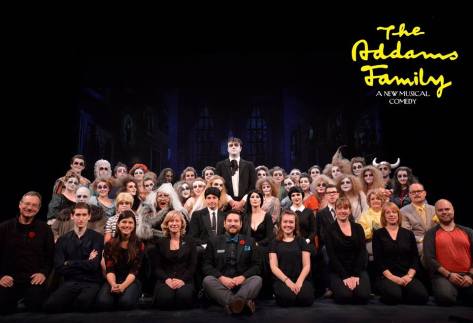 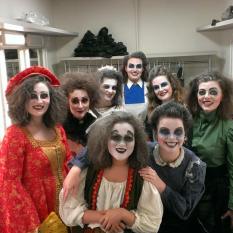 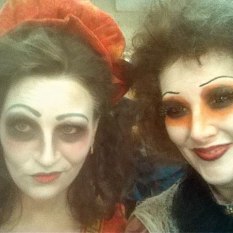 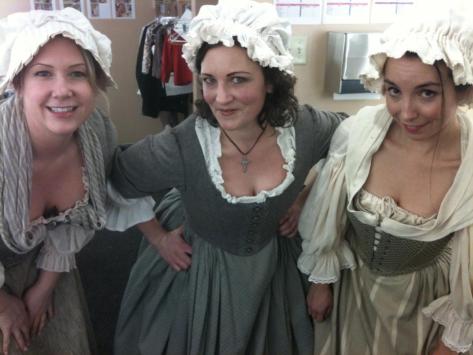 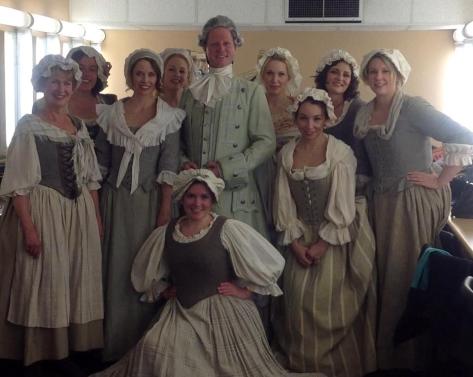 Sailors and forties hair styles. So much fun! This is the first show that I’ve been in that I get to dance. I’ve wondered in the past how you dance and are out of breath and still sing at the top of your lungs. I’m still at a loss. But I’m doing it. I haven’t considered my self a triple threat, but with a few lessons it could be:) Dress rehearsal tonight was fabulous and was my debut show with dancing, singing, and a few speaking lines. I was over the moon when they told me I had lines. My parents book tickets as soon as they heard, and my husband was in the audience tonight and was encouraging. There are only two shows. This weekend, Saturday evening, and Sunday afternoon. Get tickets here 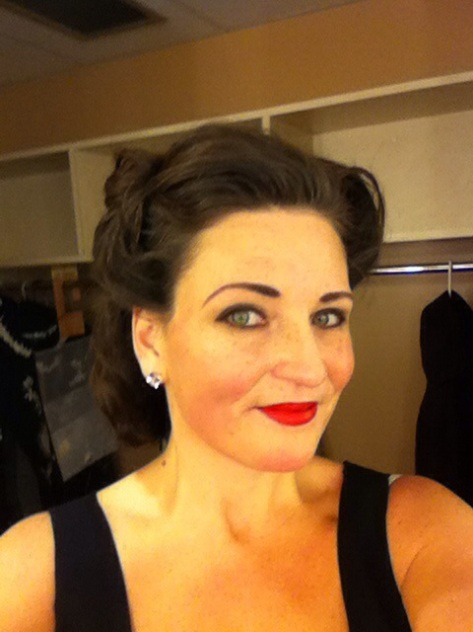 I’m second from the right:)

With the start of a new opera season, I am again enjoying working with Pacific Opera Victoria. We are now rehearsing Falstaff by Verdi. This one is massive. Big set, big characters, big chaos. The singing parts for the chorus are not so grande, but there is lots to do. With most of the set changes en vista, we get to be more a part of the show and feel involved while setting the scenes. There is so much going on every second of this Opera.
The plot is multi layered and the music intricate. There are people everywhere, with things thrown into the air and falling from above and dropping down below… You are going to have to come and see what I’m taking about. It’s a comedy and no one dies, so it’s a great first opera if you have never gone before. You will not fall asleep at this one. The show opens Thursday, Oct. 17,2013!! For tickets and to find out more information about Falstaff click here. 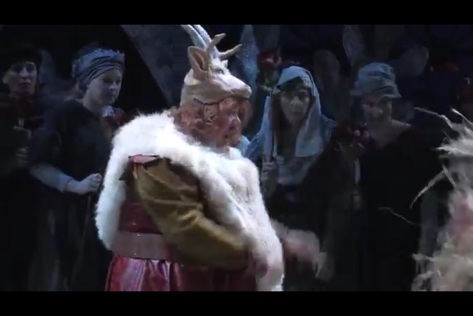 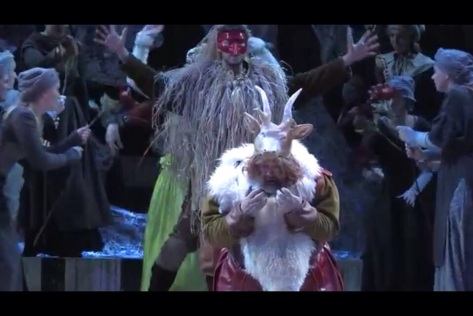 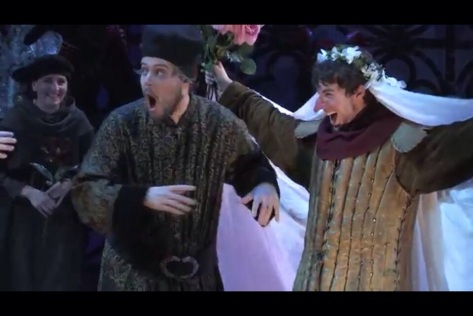 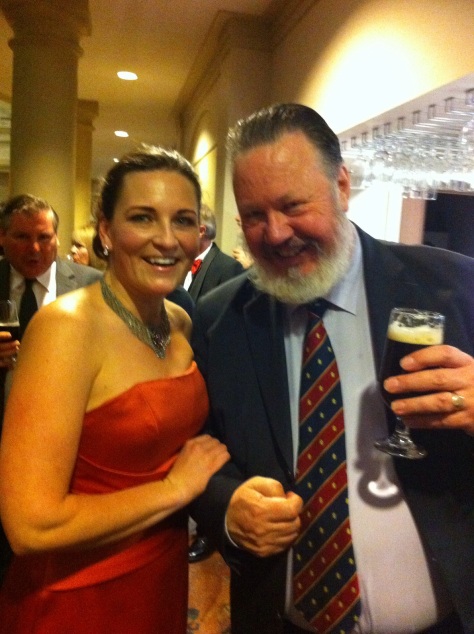 November of 2012 I was jumping up and down so excited to be asked to understudy a role in the play/opera, Let’s Make and Opera/The Little Sweep, the third in a trio of Operas in the Britten project put on by The Pacific Opera Company and The Belfry Theater.  Having relatively little experience in the whole opera scene I was honoured and amazed that they would ask me to learn a principle role and be ready in just in case. I have been working with POV and Belfry Theater on this project since January now and I have been learning a tonne! There is so much that goes into a production, and having the opportunity to watch and participate has been a great experience.

Monday Magazine has featured the Little Sweep in their February Issue http://www.mondaymag.com/news/193623391.html 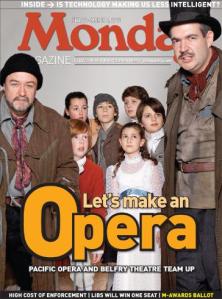 I have done most of the memorizing, and practicing at home and have been watching most of the time in rehearsal. With Rebecca Hass, the Primary actress/singer for the Role of Miss Baggott involved in Two other Operas in the Britten project, I was needed to stand in for her in a few rehearsals while she was needed elsewhere. That was fun! Getting in on the action helped solidify the role in my body, as it was just in my mind previously. 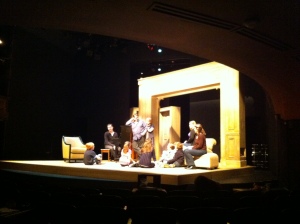 I have watched the show countless times now have appreciated the chance to see the show from the inside and out. Tonight is the dress rehearsal.  There will be two more times after tonight that I will be in the audience. Rebecca is feeling great so I’m glad that I don’t have the pressure of actually doing the show at this point.

You can get tickets here http://pov.bc.ca/littlesweep.html

This Friday I start rehearsing with POV for our next Opera, Tosca!

Over the past six weeks I have been living my dream. I was chosen by the Pacific Opera Victoria to join the chorus for Macbeth. Having been an extremely intense practice schedule I have been MIA in the rest of life for the most part. Now that I can see the end of the run, I’m open again to new opportunities and willing to teach casually since I will be in and out of the country in the next few months. 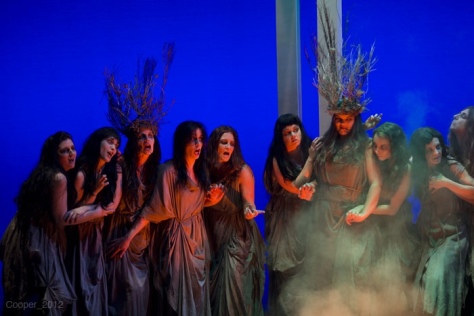 I have dedicated my life to music and will continue to be a music student forever.  I started taking piano lessons at 3 years old. It is so ingrained into my life, I don’t remember not being able to read music. Early music education gave me the skills I needed to be successful in school band, choirs and musical theater. I have since taken private lessons and studied music at Trinity Western University. I’ve been heavily involved in community choirs and in performing solo in collaborative concerts.

Having just finished a season with the Victoria Choral Society, new opportunities are arising. The studio is now closed to new students  for the summer to give me more time to dedicate to The Victoria Station Swing Ensemble as well as managing the Broadmead Ten Thousand Villages. http://www.tenthousandvillages.ca

Keep checking back or follow this wordpress blog to get any updates, concert dates, and word on if I decide to teach in the fall. 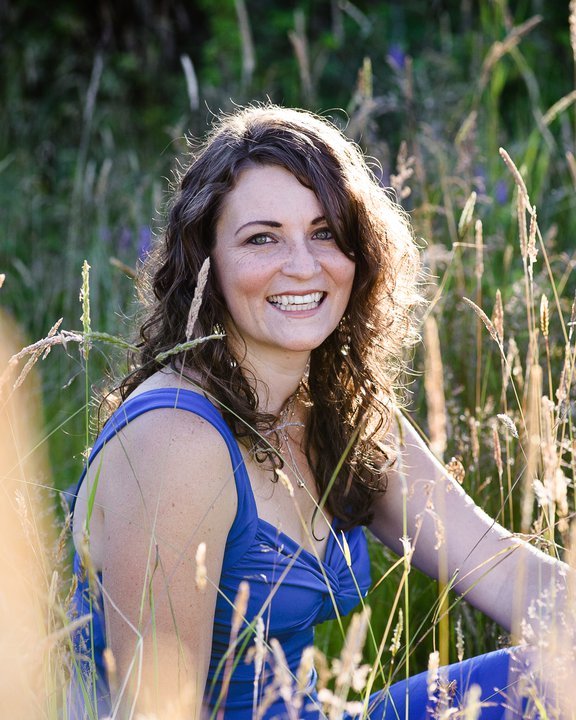